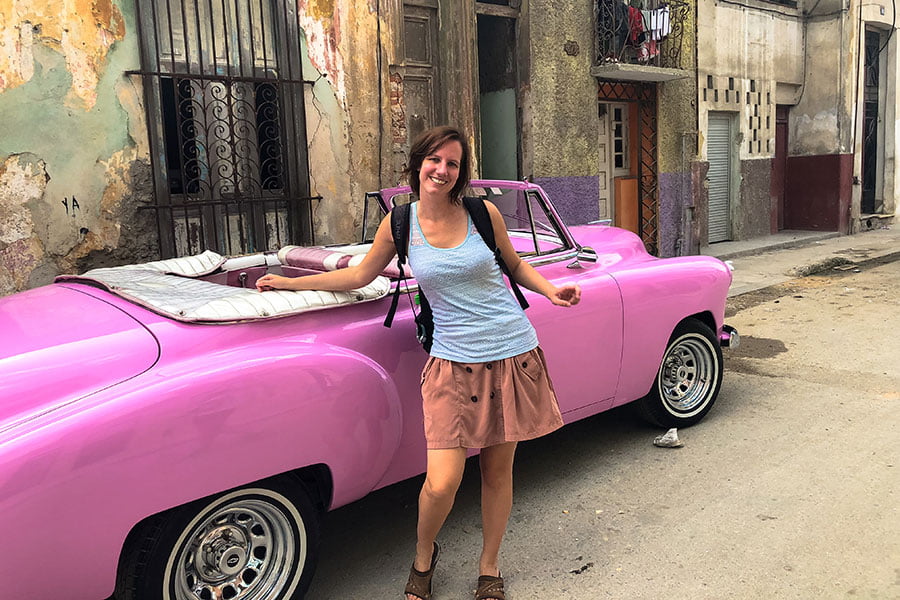 My Cuba trip started in the capital Havana where I spend 2.5 days. Enough time to explore, drink and even get ripped of.

The fifties cars
Cuba is known for being stuck in time and having these old American cadillacs driving around. So yes, I expected to see some, but I didn’t expect to see so many. In Havana most of them are in impecable condition. These cars have no scratches, no dents and a brightly colored (not washed out) paint job. It’s obviously their pride. 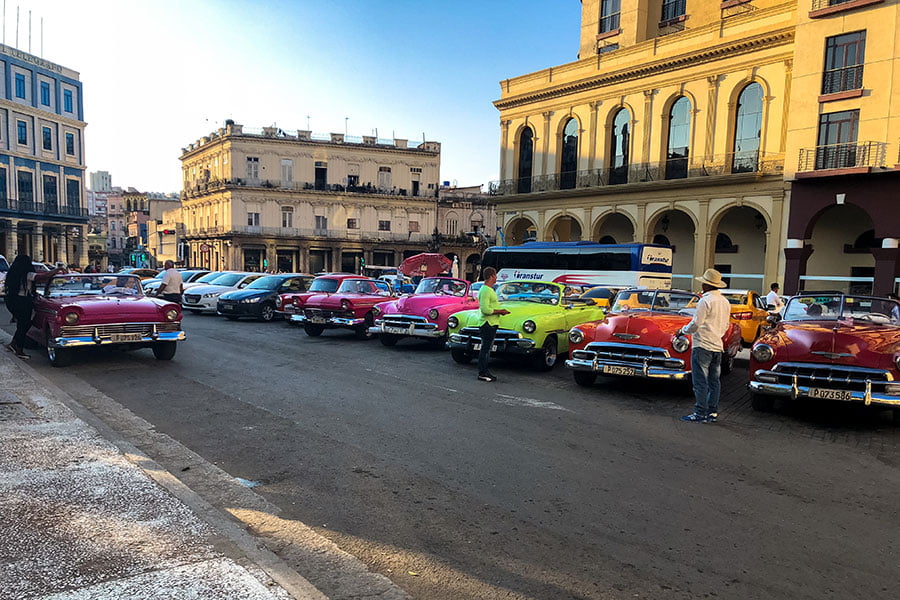 The sights
Habano Centro and Havana Vieja are the two districts to stay and explore. In Habana Centro I noticed these wide streets with only a few cars parked, in any other country you would have troubles finding a parking spot. In Havana Vieja the streets and squares are more narrow but with a lovely atmosphere of musicians and vendors. A walk along the Malecon will give you and encounter with the local Cubans and a few fishermen.

The cigar scam
On a square near the Malecon we came across a Cuban lady who asked for the time to set her watch. We were heading in the same direction and she told us in perfect English about the Cuban life and which scams to look out for. We walked by a bar and she said it was used in ‘ the Fast and the Furious’ movie, we should try the drink ‘ El Negron’. While we shared a drink she told us about the cigar scams, what to look for on the boxes and how a cigar should feel. Also that she could help us. I told her I was interested to buy cigars as a present for my Dad. She took us to some back alley house with the story that these cigars came straight from the factory, that the employees were allowed to sell some once a month. I was in doubt if it was trustworthy but somehow I lost all my sense of reality and bought a box of Cohiba cigars. After that she had to go and I felt right away these might not be the real deal. The fact I don’t know one thing about cigars doesn’t help, also that this con artist was a woman, I didn’t feel as threatened. A day later I checked at an official cigar store. There was some comforting news that the inside is filled with tobacco (not some junk that also gets sold), but he couldn’t tell the quality of the tobacco until it’s smoked.

Where I stayed
All my casa particulares I arranged myself. This way I don’t have to pay a fee to a broker and the owner also receives everything directly. Plus more importantly, I can pick them out myself, since I’m very picky at choosing my accommodation. Location, price and comfort have to be just right.

It’s very easy to book a casa particulares, just e-mail each casa and they will respond within 24 hours. Hostal Peregrino Consulado was a top pick in the Lonely Planet. My room in this colonial building was perfectly clean and astonishingly huge. My expectations for accommodation in Cuba was very low, but this casa already made me feel very comfortable.

This is me, Esther. Someone who loves travel, photography, design, online marketing, driving, socializing and pizza.

FacebookTwitterFlickrLinkedin
Latest inspirations
Travel photos
I am travelgirl on Facebook